Complete the form below to sign up for the OrboNation Blog.

Interested in hearing how proactive revenue cycle management approaches can minimize possible negative effects of healthcare legislation, namely ACA, ICD-10 and EFT/ERA standards? Check out this exciting newsletter from Orbograph. Orbograph will be discussing these topics at the HFMA-ANI show in Orlando, Florida. Stop by booth 639 or contact joe.gregory@Orbograph if you are interested in hearing more. 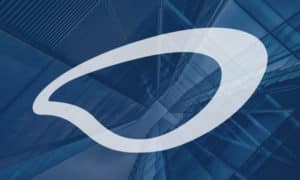 The HFMA conference brochure pretty much tells it all, “What Now?” The healthcare industry continues to evolve and converge around several critical pieces of legislation including ACA, EFT/ERA electronification and ICD-10. HFMA sessions look very interesting as they address many revenue related topics!

It’s a tough world out there for healthcare providers who are typically scrounging for 15-20% of their claims revenues which are either denied or incorrectly processed. ICD-10 is slowly approaching (10-1-2014), and with the number of codes jumping to 68,000 from the mere 14,000 of ICD-9, it made me wonder how much more difficult the billing and reconciling process may become for providers and patients as there are significant risks in this new process. Anne Smith, RN, principal and CEO of Fredrikson Healthcare Consulting, said, “while the biggest changes focus on code structure and conventions, it would be a mistake to assume only coders need training for the new system.“

Let’s say that a financial institution (FI) wants to provide a medical lockbox processing solution to its existing healthcare provider customers and/or prospective customers outside its geographic branch locations. Ideally the system would process both insurance payments as well as patient payments. In order to get into this business, particularly capturing and scanning EOBs, the FI will need to follow the rules and regulations around HIPAA/HITECH; a potentially daunting and intimidating process!