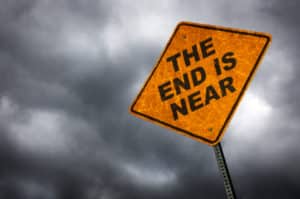 It wasn’t long ago that all signs pointed to “doom” for the Affordable Care Act, or Obamacare.

Though it seems that the Trump administration’s initial attempt to repeal the ACA has been thwarted/deferred for now – – someone needs to add a question mark to our “end is near” signage… as of April 6th, Paul Ryan now says its going to take a few months or more to get alignment by the GOP.

Is it a surprise? It shouldn’t be. The political implications are huge, but what is the real impact to healthcare providers?

A Fitch Ratings report indicates that an ACA repeal may be credit negative for hospitals, and may also slow the transition to value-based payment models and cause fewer people to keep their prescription coverage, which would be modestly negative for the pharmaceutical industry. However, the longer term implications of a market driven environment typically has unknown repercussions. Would the market expand significantly and drive greater adoption and market growth at a lower cost?  That is the hope of making a change.

It amounts to a short article on Hospital CFO, but the comments section is on fire – – the ACA will remain a hot topic inside and outside of the healthcare industry, repeal or not.

In the meantime, the best course of action for providers is to continue to streamline operations and reduce costs via technologies available on the market.