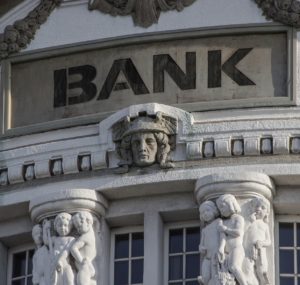 During third-quarter 2017, no bank failed, two new charters were added, while 50 were merged. As of Sep 30, 2017, the number of “problem” banks declined from 105 to 104. This signifies the lowest number in more than seven years, down from 888 recorded in first-quarter 2011. Total assets of the ‘problem’ institutions declined to $16 billion from $17.2 billion.

“Third quarter results for the banking industry were largely positive,” Gruenberg said. “Revenue and net income were higher at most banks, net interest margin improvement was widespread, and the number of unprofitable banks and ‘problem banks’ continued to fall. Community banks also reported another solid quarter of revenue, net income, and loan growth.”

— Tempered with comments on the challenging environment facing today’s banks:

“An extended period of low interest rates and an increasingly competitive lending environment have led some institutions to reach for yield,” Gruenberg said. “This has led to heightened exposure to interest-rate risk, liquidity risk, and credit risk. These risks must be managed prudently for the industry to continue to grow on a long-run, sustainable path.”

As stability returns across the industry, one could argue the same with check volume. Although not growing, volumes have stabilized (See ECCHO production statistics). With this in mind, many banks are now fortifying their defenses against check fraud with new innovations involving image analysis, automated signature verification, and check stock validation. During times of strength, businesses that proactively invest in new technologies typically see longer spans of profitability. In the check fraud realm, antiquated systems are leaving gaping holes for fraudsters to take advantage of. New innovations can close those holes!