Care to guess the #1 topic in the Top 8 New Technology Trends for 2020? If you guessed artificial intelligence, you are right on. And why not? Companies claim AI can do just about everything with the various underlying technologies and categories, so it's the hottest topic going.

To the layman, much of the language in the AI space can be mystifying, particularly in deep learning. Take for example one of the core elements; the node.

A deep learning node is "a computational unit that has one or more weighted input connections, a transfer function that combines the inputs in some way, and an output connection. Nodes are then organized into layers to comprise a network."

Deep Learning is the name used for “stacked neural networks”; think of them as networks composed of several layers. Ultimately, they are assembled together to create a model.

A node is just a place where computation happens, loosely patterned on a neuron in the human brain, which fires when it encounters sufficient stimuli. A node combines input from the data with a set of coefficients, or weights, that either amplify or dampen that input, thereby assigning significance to inputs with regard to the task the algorithm is trying to learn; e.g. which input is most helpful is classifying data without error? These input-weight products are summed and then the sum is passed through a node’s so-called activation function, to determine whether and to what extent that signal should progress further through the network to affect the ultimate outcome, say, an act of classification. If the signals passes through, the neuron has been “activated.” 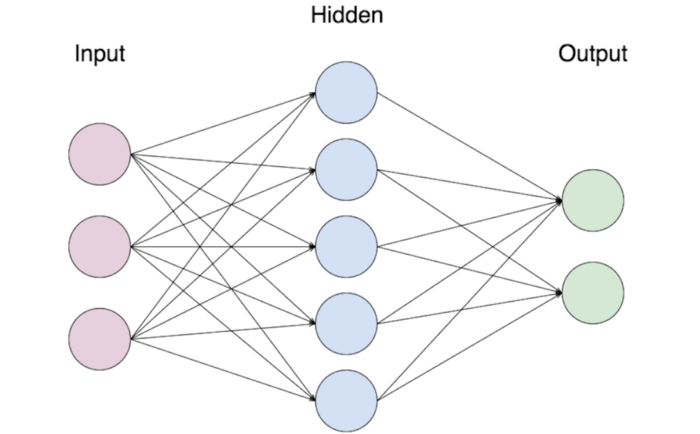 So, while you may not yet be ready to create an AI-powered poker partner, the concept of deep learning nodes are, at least, something you can visualize in the AI process.

If this teaser leaves you wanting more, check out these sources: Deep Learning vs. Machine Learning & Classical Neural Network: What really are Nodes and Layers.

There is no doubt that AI with Deep Learning Models are now the foundation for OrboGraph in check processing and healthcare RCM. In fact, we launched the OrbNet AI Innovation Lab to formalize a development process for Artificial Neural Network (ANN)-based products which can be introduced to the market quickly and with optimal performance levels.

We visualize the power of nodes via our graphics -- purple reflects the OrbNet AI technologies, while teal relates to OrboAccess and blue represents OrboAnywhere -- now you know the secrets behind our visuals.

The foundation of nodes is a wide-ranging, complicated, and fascinating subject that we will explore quite a bit in the weeks and months ahead!