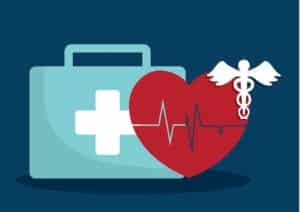 In an environment that seems to value the leanest possible organizations, a somewhat contrary case is being made for the addition of more physician assistants in order to bolster Hospital Revenue Cycles.

“They are well positioned to drive change as the US healthcare system adapts to a growing and aging population, the shift towards value-based care, and a renewed focus on patient education and prevention,” stated Jennifer L. Dorn, AAPA CEO. “In short, the state of the PA profession has never been stronger.”

The main catalyst seems to be the aging Baby Boomer population’s increased need for regular healthcare versus the declining number of physicians available to meet the challenge. A growing number of hospitals and heath care facilities are turning to physician assistants to close the gap.

A traditional hospitalist care team usually contains nine physicians and three physician assistants who manage about nine patients a day. Mean patient charges between 2012 and 2013 at the studied hospital were between $8,307 and $10,034 for the conventional staffing group.

However, expanding the staffing model to three physician assistants and three physicians at the same hospital resulted in patient charges between $7,822 and $7,755.

As we know, numbers don’t always tell the full story.  I’m sure there are many strong arguments for and against these numbers which drive costs down. From a claims standpoint, this might impact claim growth as well, in the event there are more recommendations to PCP or specialists as an outcome to more PAs.  If that’s the case, we say, “bring them on” and automate them with OrboAccess!