IDology, "the trusted leader in digital identity verification and authentication," has released their eighth annual fraud report, entitled The Beginning of a New Chapter: COVID, the Rush to Digitization, and the Impact on Fraud.

Among the information offered in their comprehensive report: 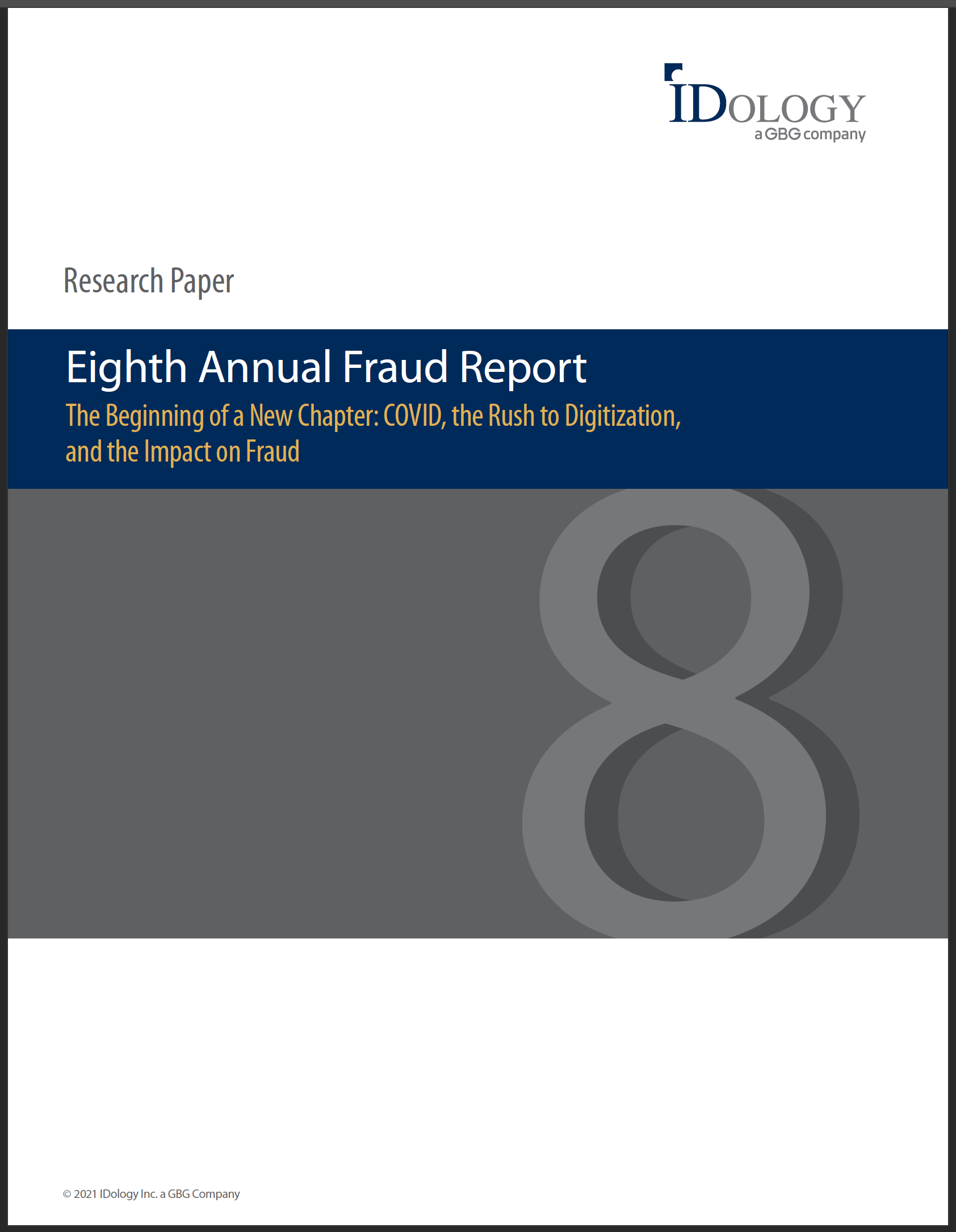 Under the heading "We've never been here before, but the future looks a bit brighter," IDology summarizes:

By now, you’ve likely probably read countless articles and reports that attempt to make sense of 2020 and put the year in perspective. Without a doubt, the COVID-19 pandemic changed many aspects of society for good. The virus forced companies and consumers to accelerate their digitization existence, sometimes in life-or-death circumstances, and what would have taken years to accomplish took place in months. How firms and humans interact has been transformed and to some extent permanently. And with it, the fundamental benefits of digital benefits will be reaped.

Fraud Surged During the Pandemic

It's no surprise that the pandemic-spawned sharp uptick in fraud is noted. However, until the pandemic took hold in 2020, more and more organizations were actually reporting DECREASED fraud.

Fraudsters came out in force during the pandemic to exploit opportunities from CARES to phishing, pandemic-related fraud, PPP, mass WFH deployments, decentralized fraud teams, nation-state attacks, civic discourse, fear and confusion. The pandemic was a historical fraud event, and the data shows criminals showed up. 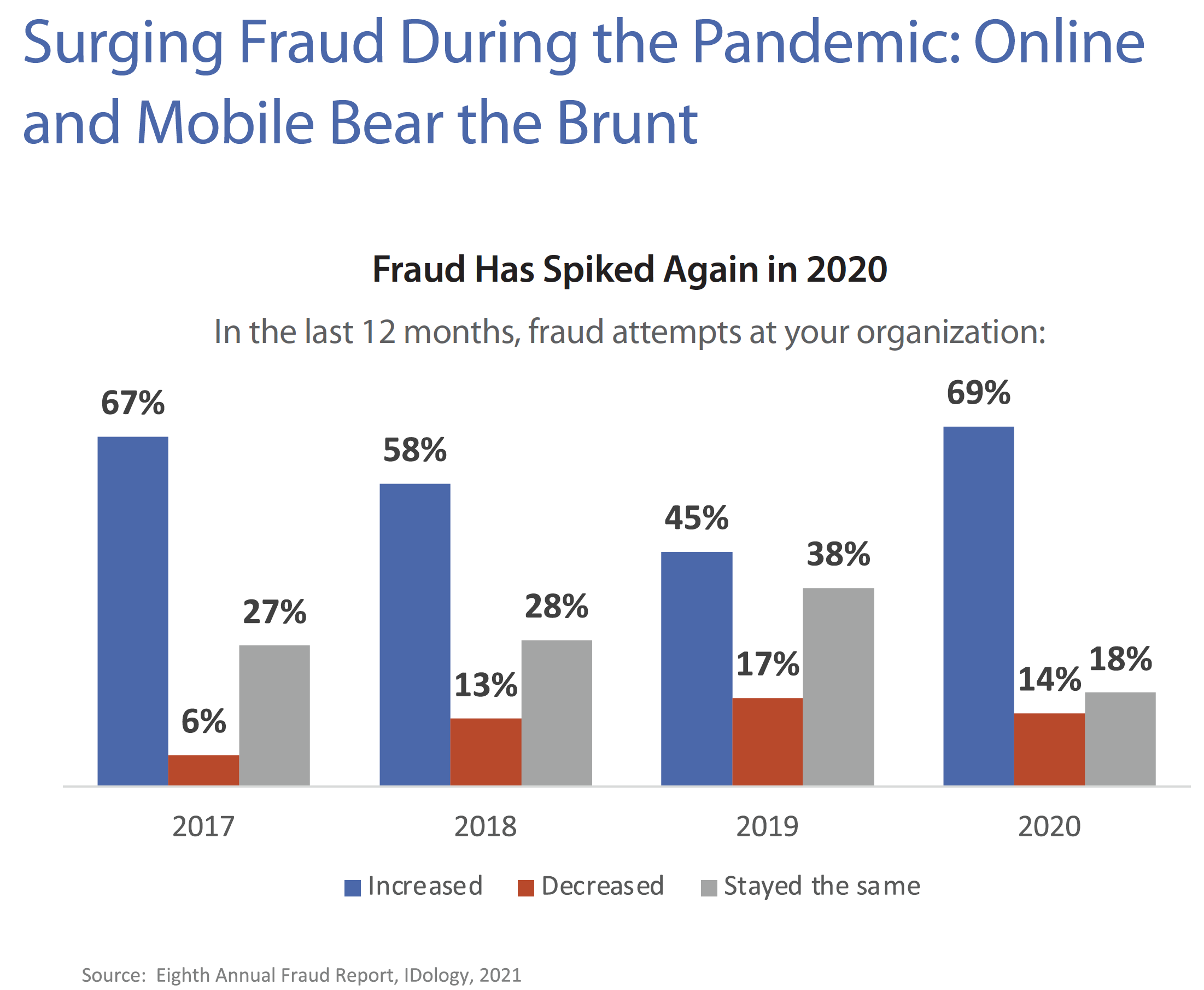 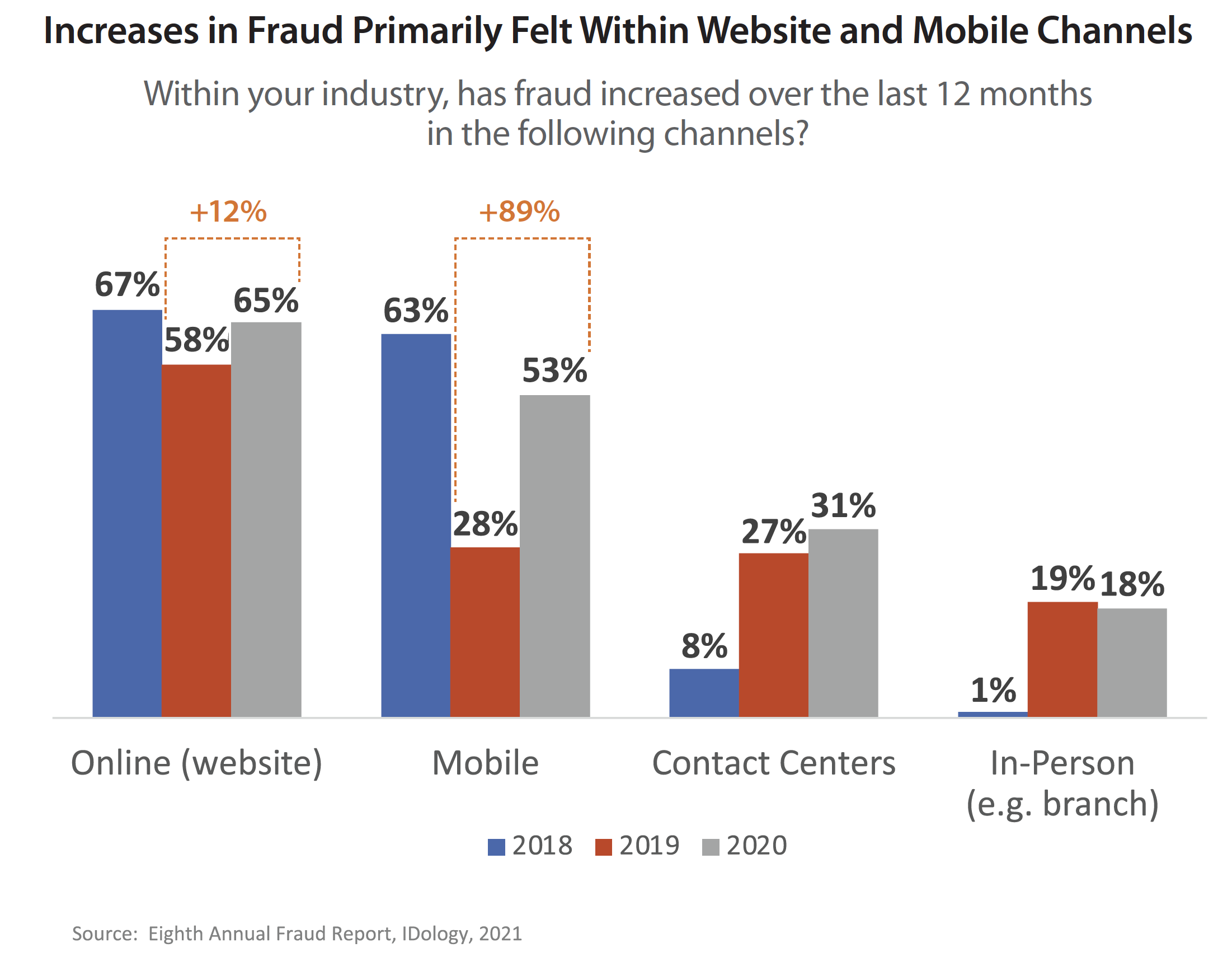 Also, it's very clear via industry reporting where people should be most apprehensive about fraud. Mobile and online are routinely prime targets, but the 12% leap for online and whopping 89% jump in mobile is significant, to say the least.

In-person transaction fraud, however, is not exempt and has leaped upward as well, from a mere 1% to 18-19% -- still well below that of website and mobile transactions.

Most Expect Fraud to Grow

Many are expecting fraud to grow. In fact, a whopping 79% expect fraud to increase significantly or increase slightly in the next year. 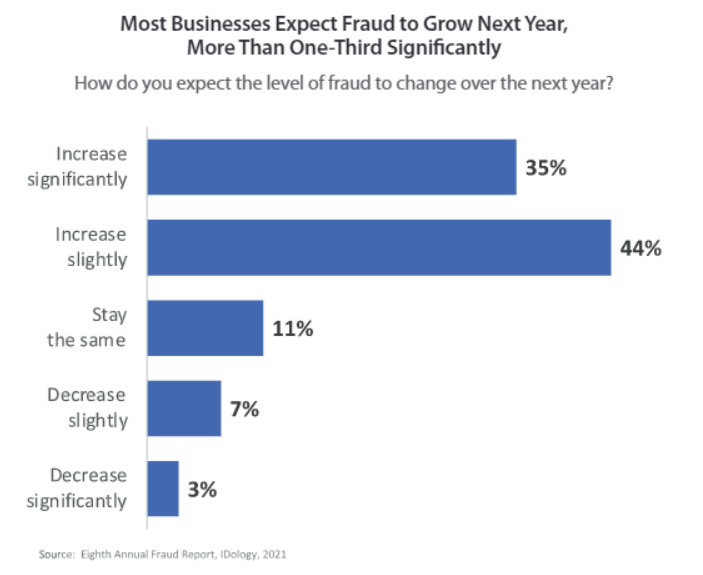 Most businesses anticipate some degree of increase, with 35% predicting a significant increase, while 44% envision a minor increase. Only 11% see it remaining the same, while an optimistic 10% see the potential for decreases in fraud. This is notable, given these same business fraud executives reported a four-year high in year over year fraud attempts, as mentioned previously.

Interestingly, these forecasts align with findings from a 2009 study conducted by the Association of Certified Fraud Examiners (ACFE). In that study, a year after the great recession, the ACFE asked 500 Certified Fraud Examiners to share their expectations of fraud in the following year. The answers are eerily close to the responses captured in our survey. Thirty-seven percent of CFEs expected fraud to increase significantly in 2010, while 51% predicted that it would increase somewhat.

These expectations directly correlate to 78% of businesses planning to significantly or somewhat increase their investment in fraud tools over the next year. 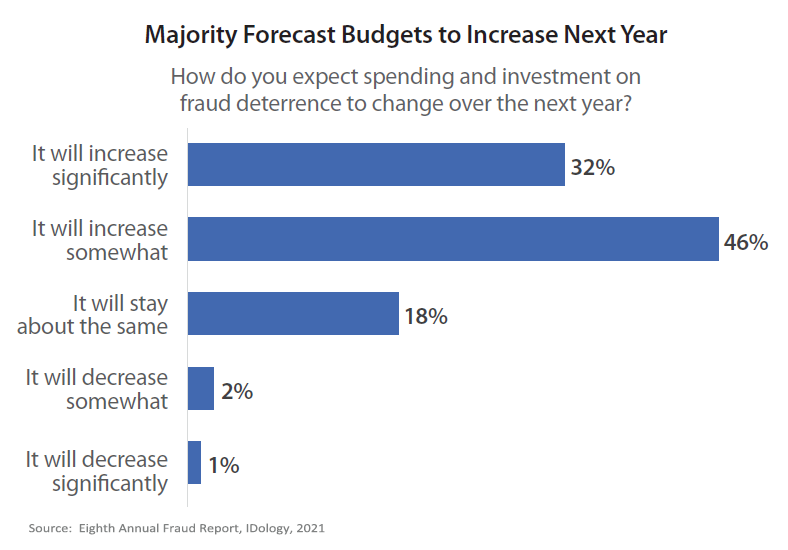 Another factor that has to be taken into account when fighting fraud is preserving the customer experience so they don't look elsewhere for a smoother transaction - safety and security notwithstanding.

There’s always been a need to balance fraud with customer friction. Businesses drive revenue by greenlighting customers, which includes removing barriers and minimizing effort during the onboarding process to avoid unnecessary “friction”. Yet, they must do so while deterring fraud. 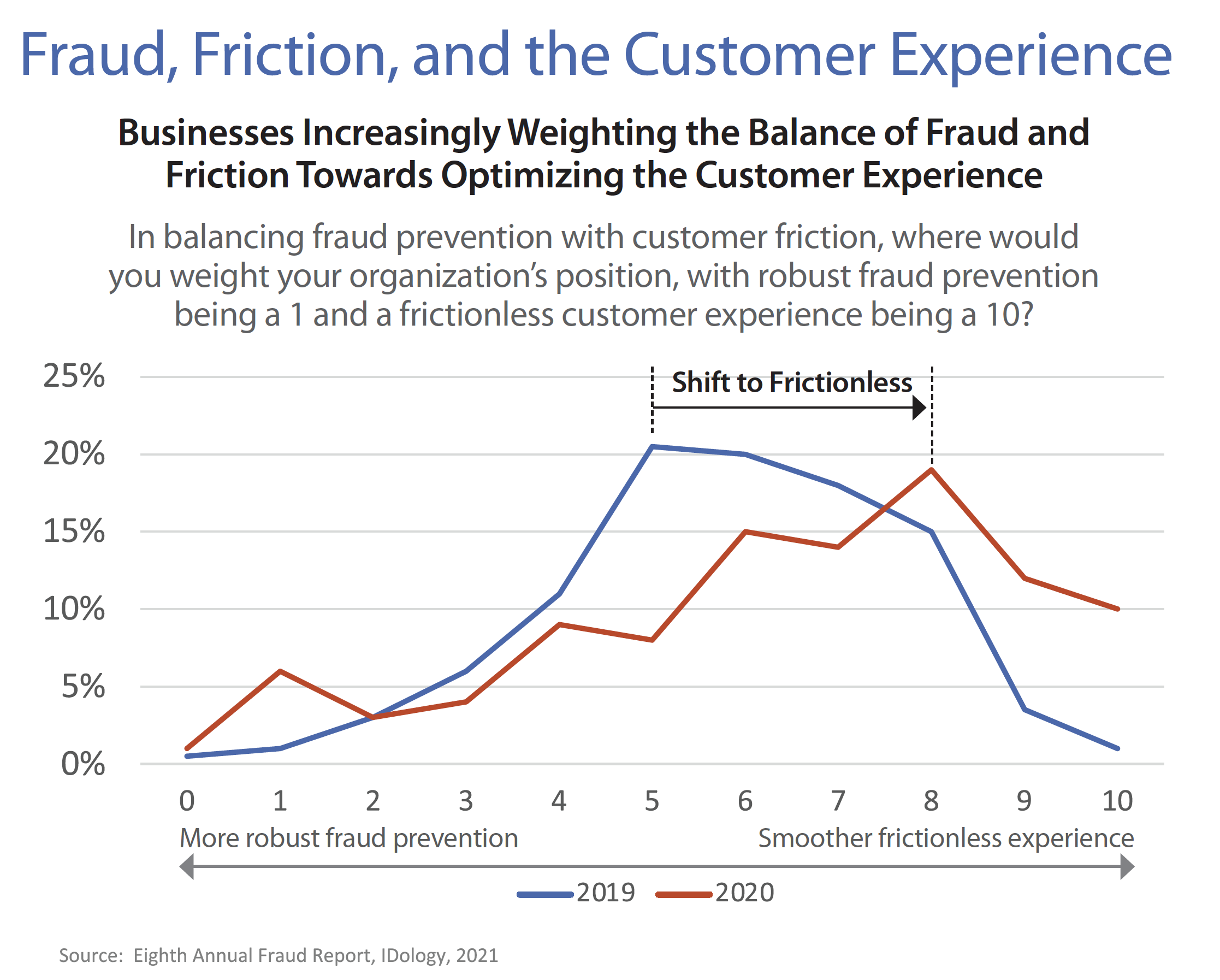 And therein lay the challenge: As the report notes, the more steps involved in verifying a new account to make the experience safer, the more friction customers experience. The next step is account abandonment.

As fraudsters collaborate and share intelligence, notably on the dark web in sophisticated forums and marketplaces, networks of organizations across industries and around the world will continue to gravitate towards the sharing of fraud intelligence. This will help to mitigate the impact of well-funded partnerships of criminals and nations who intend to inflict financial harm or pursue political agendas. 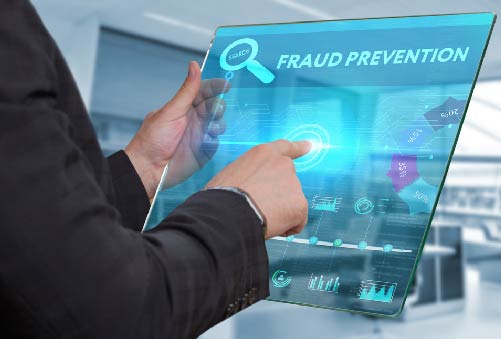 With the expectation that fraud will increase, businesses and its vendors have to meet the challenges or be at major risk for losses -- both monetary and in terms of customers. IDology notes that fraudsters are collaborating on their approaches. So, too, should business and vendors:

Banks and their technology vendors are already collaborating with each other to meet fraud challenges. In fact, OrboGraph's OrbNet Forensic AI was developed in the OrbNet AI Innovation Lab with several major banks testing the technology and providing feedback to improve them. Furthermore, this technology works in tandem with other anti-fraud tools like transaction-based systems to provide a more well-rounded fraud detection ecosystem for banks.