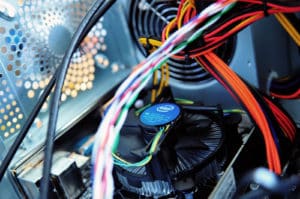 The story of Eastman Kodak’s fate is often used to illustrate the danger of late adoption of new technology. Even venerable and ostensibly rock-solid entities can find themselves marginalized and, ultimately, pushed out the picture (so to speak) if they don’t keep up with emerging tech.

An article in the Harvard Business Review uses the Kodak example to warn the financial industry against both ignoring technological innovation and, indeed, moving too slow.

The current innovation model in the finance sector is designed to generate the highest possible short-term returns. But investors and entrepreneurs in financial services will need to rethink those timelines if they want to be successful going forward; it’s unrealistic to expect the same hockey-stick growth as startups such as Slack or Airbnb. Vanguard might be a runaway success in the market, with 20 million investors, but its success has been more than 40 years in the making. Taking a long-term view — planning for a viable business in the next decade, rather than the most profitable one in the next quarter — is the only way forward for financial services businesses. The industry involves such scale, regulatory intricacy, and organizational inertia that making substantive change will take time.

Mr. Shaikh also points out that technology is a commodity – – anyone can acquire it. The path to success is paved with vision and ability. For the check processing industry, that’s where OrboAnywhere comes into play. The suite has both a short term and long term view for the traditional paper-originated payments. For example, short term needs for today’s market include better validating payment negotiability to address new forms of risk, increasing automation rates, and preventing fraud (as attempts and losses seem to be rising again). Meanwhile, compliance and use of the payee for a wide variety of reasons are more strategic, as the market feedback is good, but adoption is early on the curve.

For true “hockey-stick” potential, one must combine cutting-edge tech coupled with visionary potential. Great to see we still have that potential in a payment vehicle which many thought was “going away” 20 years ago.