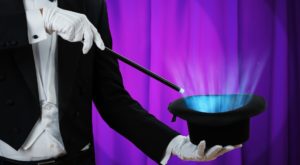 An interesting new white paper from Digital Check explores the expected demise of paper checks – – and how, as if by magic, the “expected” suddenly did not occur.

But a funny thing happened on the way to the check apocalypse:

Then in 2016, the new numbers from the Fed came in, and the results were stunning even to us. Past trends had pointed toward an expected 12-13 billion paper checks remaining in the U.S.; we had predicted a modest leveling-off to around 14-15 billion instead. The official total was 17.3 billion – our “bold” prediction actually hadn’t been bold enough. The decline of checks hadn’t just slowed down; it had nearly stopped.

Another data point came from ECCHO last year at the OrboGraph Conference, where David Walker proclaimed the overall number at 18B+.

Given the benefit of hindsight, Digital Check observes four separate “digital payment” events evenly spread out (by coincidence) over 30 years:

So — “slow, steady decline” was actually a measurement impacted by an almost mathematically uniform progression of market-tech events!

Also noted is the fact that “rapid growth” payment technology of late – Apple Pay, Bitcoin, Chip-and-PIN cards, Smartwatches, Mobile wallets, etc. – are innovations that build upon other technologies. In other words, they are not necessarily new portals, but innovations and/or improvisations on current adopted tech that do not necessarily create new users.

The paper notes, on a more elemental level, that businesses are slow to move to digital payments because of set-up difficulties, fees, and security issues. For the paper check world, this means that an emphasis on security and ease-of-use — the hallmarks of all OrboAnywhere technology solutions — is the correct course to be on as we enter 2018.

Our New Year’s resolution is to share with you many new capabilities in the upcoming year…be on the lookout!