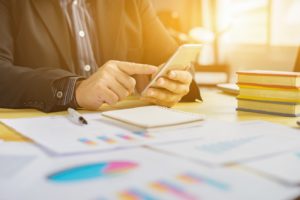 Cornerstone Advisors recently released their 2017 Cornerstone Performance Report for Banks. On the heels of this report, Gonzo Banker website offers their insight into how banks’ operational performance has changed over the past 10 years based on the information contained in the report. There’s a long list of metrics that have changed dramatically, but they narrowed it to 10 across three channels: Digital, Branch, and Contact Center.

Unfortunately, Gonzo Banker notes that, while channel activity and customer behavior are shifting, most banks struggle to keep up with the shift.

Despite all the channel-related changes that banks have seen over the past 10 years, many bank execs aren’t too confident in their organizations’ channel future-readiness. From Cornerstone’s annual What’s Going in Banking study:

Ineffective channel management seems to be the current “plague” in our industry. What are you and your organization doing to improve your digital, branch, and contact channels? Platforms like OrboAnywhere can help with this readiness, delivering a streamlined deposit transaction across all channels, integrated fraud prevention, and higher levels of transaction accuracy resulting in less errors and reduced losses.